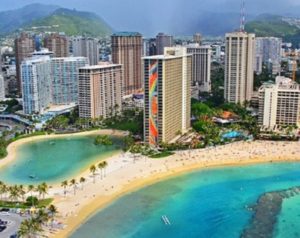 For the first half of 2019, in comparison to other top U.S. markets, the hotels in the island chain have recorded the highest average RevPar (revenue per available room) and ADR (average daily rate).  Hawaii was among the top 10 markets for RevPar from January to June of 2019.

HTA’s Tourism Research Division issued the report’s findings utilizing data compiled by STR, Inc., which conducts the largest and most comprehensive survey of hotel properties in the Hawaiian Islands.  Click here to read the full article