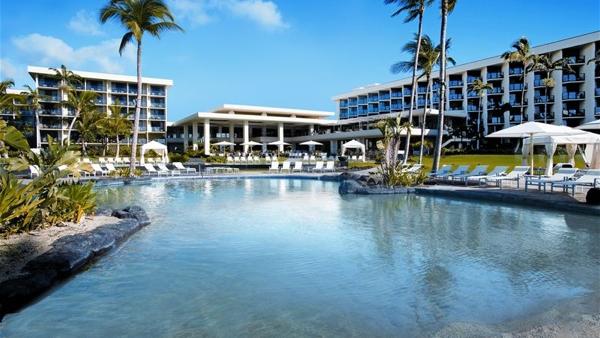 The Hilton Waikoloa Village, the largest resort on the Big Island, is going to be converted into timeshare units in phases over the next few years. They are taking the 601 existing units and turning them into 45o timeshare units. There hasn’t been a general contractor selected yet, which our team knows can make or break a project of this magnitude. We will be on the lookout for the announcement of their contractor selection because it will determine a lot about the strength and speed of this development.

This isn’t the only timeshare conversion or development that is underway or in the planning stages on the islands. Hilton is also building a 418-unit timeshare complex called Grand Islander, which will open next year at its Hilton Hawaiian Village property in Waikiki. In Waikoloa, Marriott and Leucadia National Corp. are converting 240 rooms into 112 timeshare units at their Waikoloa Beach Marriott Resort & Spa. Marriott is hoping to start selling the units this year and make them available by 2017. They are also working on a timeshare addition to their Ko Olina Beach Club resort.

Duane Shimogawa from Pacific Business News reported on these developments earlier this week. He writes, “Erin Pagan, a spokeswoman for Hilton Grand Vacations, told PBN that, when the project begins, it will occur in phases with the tower remaining open.“We’re in the very early stages,” she said…The conversion trend has been notable for the past decade. Hawaii’s hotel inventory fell by about 8,000 units, 5,000 of which were on Oahu, over the past 10 years.”

While some might see this trend as a decline in hotel development, we see it as a step forward. It may be a step in a different direction but it is nonetheless development and will bring tourism and guests back year after year. Timeshares and these developments will bring the same people back to our islands so they can continue to grow and stimulate our economy.