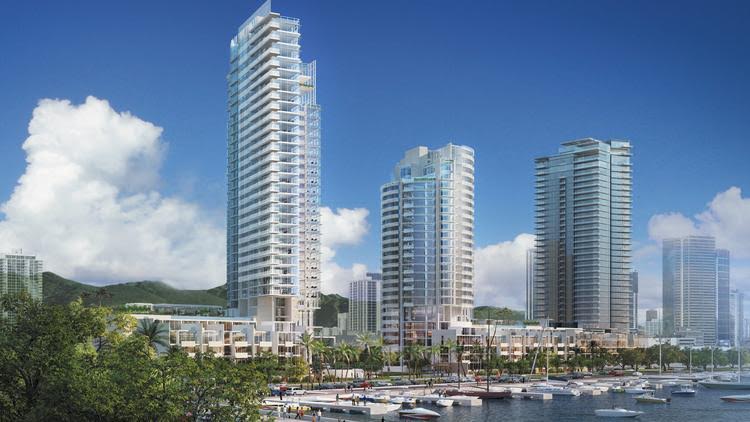 The residential towers of the project that’s replacing the Ward Warehouse retail complex are still progressing on schedule even though unit presales have been slow. The Gateway Towers have had lower presales than the other towers but the plans to build them are still on the table. It is different than the Waiea, Anaha and Aeo towers because the marketing of these units is targeted towards a significantly smaller segment of the market.

Pacific Business News published an article on this subject yesterday, “The Texas developer said it has spent $15.6 million in predevelopment costs for the first tower as of Sept. 30 and it is in the process of finalizing the project budget. Howard Hughes also continues predevelopment activities of the second tower and has spent $12.7 million for predevelopment of this tower as of Sept. 30. Waiea, which includes 174 units, still has 14 units that are not under contract, while Anaha, which includes 317 units, has 18 units that are not under contract. Anaha, which will include a Merriman’s restaurant, is expected to be completed in the second quarter of 2017. Waiea, which will include a Nobu restaurant, is scheduled to be done by the fourth quarter of this year. Aeo, which includes the state’s flagship Whole Foods Market (Nasdaq: WFM), is expected to be completed by the end of 2018. The 466-unit project still has 208 units that are not under contract.”

Read the rest of the PBN article here.