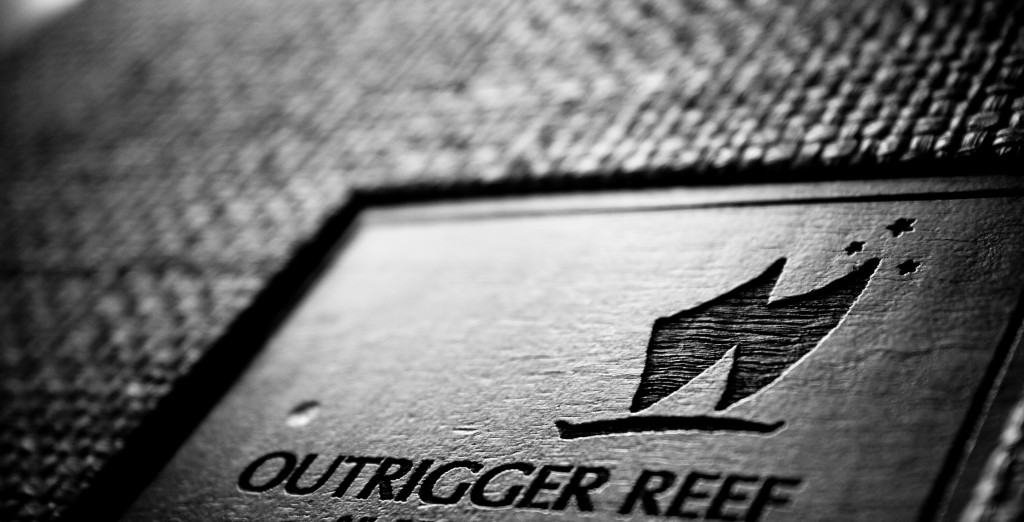 A 350-foot-tall hotel addition to the Outrigger Reef on the Beach is being proposed.

An article by Allison Schaefers

Outrigger Enterprises Group plans to cap off its Wai­kiki Beach Proj­ect with another $100 million investment, which would add meeting space and a 350-foot hotel tower to the Outrigger Reef on the Beach.

The building, which has been in the works for the past six months and is the fifth new tower of its size planned for Wai­kiki, represents the next big Hawaii reinvestment for the 67-year-old kama­aina company.

David Carey, president and CEO of Outrigger Enterprises Group, said he views the Outrigger Reef revitalization as the capstone of the Outrigger-led transformation of the Wai­kiki Beach Walk, which has hit $1 billion over its entire build-out.

“We look at this as part of Wai­kiki Beach Walk; however, it’s equivalent in cost to some of our acquisitions,” Carey said.

Although Outrigger has spent approximately $550 million over the past two decades upgrading Wai­kiki, Carey said the Outrigger Reef proj­ect is the chain’s “single largest upgrade.”

Outrigger Enterprises Group has a large presence in Hawaii:

Carey said the proj­ect demonstrates the company’s bullishness toward Wai­kiki’s beachfront and is good news for Hawaii employees, who have noted that the chain’s last three hotel <t-2>openings were outside of Hawaii. Preliminary plans for this latest proj­ect call for the construction of a 31- or 32-story, 200-room tower near the Outrigger Reef on the Beach’s porte-cochere and the Kani Ka Pila Grille, which would eventually be relocated. Carey said the company and its architect, Group 70, have submitted preliminary renderings to the Department of Planning and Zoning and are discussing the approval process, which would include an environmental assessment. Entitlements and permits are expected to be completed in approximately three years, with construction beginning in 2017 and completion set for 2019.

While most 350-foot tower developments planned for Wai­kiki have had to undergo additional vetting, Carey said he believes that the proj­ect’s height and density were approved as part of the Wai­kiki Beach Walk plans that were submitted in 2003.

“Trump Tower was originally expected to be an 800-room hotel with meeting space,” he said. “We still have additional unused density in the proj­ect.”

To be sure, market fundamentals turned Trump Hotel Wai­kiki Beach Walk into a “condotel” proj­ect along with subsequent new visitor construction planned for Wai­kiki, including Los Angeles-based PACREP’s two planned Kuhio Avenue towers and the King’s Village Tower, which is being built by a partnership between BlackSand Capital LLC, Koba­ya­shi Group and The MacNaughton Group. Over the past decade, time-share/condotel conversions were partially responsible for the loss of 8,000 hotel units statewide, including 5,000 or so units in Wai­kiki, said Joe Toy, president and CEO of Hospitality Advisors LLC.

“The last new traditional hotels that were built in Wai­kiki were Hilton’s Kalia Tower, although it has since been converted into time share, and the Prince Hotel around 1990,” Toy said. “It’s certainly a welcome addition to the industry. Even though the trend has been for resort residential condominiums and time shares, I firmly believe that Hawaii will remain a predominantly hotel market.” 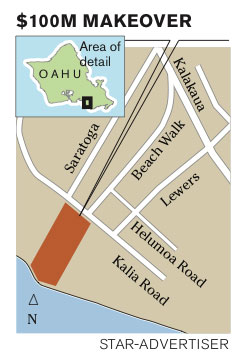 “We already have housekeeping, front desk and the balance of resort services, so it’s not that hard to expand hotel rooms,” he said. “This is the only locally owned of the seven Wai­kiki beachfront hotels and one of the few fee-simple, on-the-beach properties. We want to keep it that way.”

Carey said revitalization plans also would include the razing of everything on the swimming pool side of the property, including an existing five-story Diamond Head Tower, and the Shorebird and Ocean House restaurants, which would be replaced by more upscale dining. The demolition makes way for additional parking, off-street loading and several one-story structures to include 15,000 square feet of meeting space, with a 7,200-square-foot ballroom. Carey said the revitalization also includes 34,000 square feet of open recreation space, with swimming pools, gardens and lounging space cascading to the beach.

“We are trying to downscale the impact at the beach,” Carey said. “Right now we’ve got a five-story building looming over the beach. It would essentially be replaced with a one-story restaurant complex, rising 23 feet above sea level at its highest point.”

The changes are expected to take the Outrigger Reef from a four-star hotel to a 412-star property that commands healthier rates and meets increased demand for luxury properties in Wai­kiki.

“Clearly there’s a shortage of high-quality inventory in Wai­kiki,” Carey said. “The meeting space will also give us an additional demand generator.”

George Szigeti, president and CEO of the Hawaii Lodging and Tourism Association, said he favors the proj­ect, which he said should enhance Wai­kiki’s global positioning in an increasingly competitive environment.

“We need to constantly upgrade our product as well as add meeting space,” Szigeti said. “I’ve heard that Mexico and the Caribbean — two of our biggest competitors — have 162 new proj­ects underway that will add 2,600 rooms.”

Waikiki Neighborhood Board Chairman Bob Finely said that while Outrigger has not presented the concept to the board, he appreciates that the company has started seeking preliminary feedback from the Wai­kiki community, which has been overwhelmed by requests for height variances during this last development cycle. While some Wai­kiki board members and residents might challenge Outrigger’s plans to build such a tall tower, Finley said he expects the City Council will approve the height variance because it has set a precedent with its approval of the hotly contested PACREP proj­ects.

“Some of my board members may argue, but I won’t make height an issue because City Council already has set the standard,” Finley said. “However, I will want to see open space and other planned amenities.”

Still, Mark Harpenau, a member of the Wai­kiki Area Residents Association and an owner at Four Paddle, said the city shouldn’t be so quick to approve variances because it’s wrong for developers to build mammoth, view-blocking towers.

“It’s like going to a sporting event where everyone is standing up in the front row and no one in the back row can see,” said Harpenau, who will lose most of his ocean views when PACREP constructs its two Kuhio Avenue towers.

Finley said PACREP’s Ritz-Carlton Tower and Trump, another one of their proj­ects, would be the most affected by Outrigger’s plans.

“It’s interesting that this would probably be the only thing blocking their 350-foot views,” he said. “They argued that private views aren’t protected. I wonder if they’ll still feel that way.”

Carey said that while the tower will be as tall as the Trump and PACREP proj­ects, it will be narrower.

“PACREP’s Ritz-Carlton proj­ect is 172 feet wide, and this would be 106 feet wide,” he said. “It’s only a few feet wider than the side view of the Trump Tower.”