This is a great article to understand the increased interest and purchase of commercial properties in the US by foreign investors. Just this year, Korean investor, Mirae Asset Global Investments, made a $218 MM purchase on a 31-story office building in Chicago's bustling business district. The Singapore government purchased Grand Wailea Resort in Maui as well as an office building in San Francisco.
In Hawaii, we have noticed an increased interest in the pursuit of hotels and resorts by Asian investors.  The reasons why? This article lends a few: 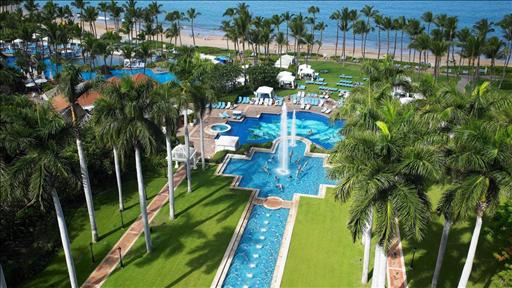 Asian investors are pumping money into U.S. commercial real estate at a record pace, pushing real-estate values higher and helping get stalled projects off the ground.

Equity investments in the U.S. from Singapore, South Korea and China are already at all-time highs this year, for a combined total of $5.2 billion though mid-June, according to data from Real Capital Analytics. At this pace, Singapore and China would invest several times their amounts of last year, while South Korea would more than triple its investment.

Investors from these countries have included on their shopping lists a Hawaiian resort, an office tower on Chicago's swank West Wacker Drive and New York condo developments. 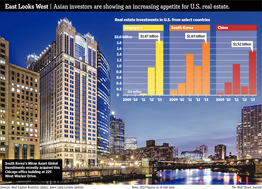 The forces behind the surge vary. Some Asian pension funds are expanding and accumulating assets as they prepare to support aging populations; state-run funds are scouring the world for diversification and stability; and some Asian countries, including China, also are liberalizing rules about investment abroad.

The recent upheaval in global financial markets and the rise in bond yields could damp the recent interest, especially if interest rates continue to climb and make debt refinancing on large properties more expensive. China has been particularly volatile in recent days over concerns that its central bank may tighten credit and slow lending growth.

But some Asian investors and developers say their initial deals are part of a long-term strategy. For example, Chinese property developer China Vanke Co. teamed up with U.S. developer Tishman Speyer earlier this year to develop a San Francisco condominium project. China Vanke did the deal partly "to understand business models in a mature market and accumulate management experience through project cooperation," the company's chairman Shi Wang said.

Hines in Talks With Singapore Group to Finance Manhattan Tower

Asian and other foreign investors have had a mixed record in buying U.S. property. Japanese companies notoriously purchased trophy properties such as Manhattan's Rockefeller Center and the Pebble Beach golf course during the 1980s. When the market collapsed, most of them sold and took big losses. Mitsubishi Estate Co., for one, announced an annual loss of $934 million in 1996, caused by its failed Rockefeller Center investment.

Those that hung on for the longer term benefited. Mitsui Fudosan Co. continued to hold the 2.3 million-square-foot tower at 1251 Sixth Ave. in Manhattan. Today, the company says that is the most valuable property in its portfolio. The building's value is over $2 billion, analysts say.

Some real-estate analysts say Asian investment is part of a long-term diversification strategy, making it less susceptible to short-term price or rate movements. Those capital flows could prove crucial to the U.S. property-market recovery.

"There is less pressure on these investors to chase yield," says Howard Roth, head of global real estate for Ernst & Young. "They are looking to invest for the next generation, not just for a few years like private-equity funds."

In what would be one of the largest U.S. property deals since the financial crisis, a group of Singapore investors is in advanced talks with Houston-based developer Hines to revive a stalled luxury condo development connected to Manhattan's Museum of Modern Art, according to people familiar with the negotiations. The group includes the Kwee family, which owns Singapore property developer Pontiac Land and is one of the largest landlords in the city-state. The family is looking to invest about $300 million in equity, and Singapore's United Overseas Bank and other lenders are in discussions to lend up to $800 million, these people said.

Representatives of Hines, the Kwee family and United Overseas Bank declined to comment.

Some headwinds for foreign investment remain. Foremost may be a U.S. tax on foreigners when they acquire a stake in a U.S. property, which historically has discouraged large foreign real-estate purchases. A slow U.S. economic recovery also has confined most Asian and other foreign buyers to the biggest cities, where supply can be limited.

But the U.S. is often the preferred destination of Asian investors because it offers a broad of mix of office buildings, hotels, retail and industrial properties. The market has better disclosure and title rights than high-octane emerging markets and better growth prospects than Europe.

Singapore, the No. 1 Asian investor in U.S. property this year, has invested about $1.9 billion as of mid-June. That is more than the cumulative total that the city-state has invested in the U.S. over the past decade, Real Capital data show.

China has invested more than $1.5 billion in 2013, compared with $300 million in 2012, according to Real Capital. Last year, the China Insurance Regulatory Commission paved the way for more deals by relaxing the rules for some big insurers to invest in certain types of overseas property.

South Korea pension funds, flush with contributions from an aging population, increasingly have been looking for property outside the domestic market. Representatives of country's National Pension System are making the rounds in New York, looking to invest a mimimum $100 million in office buildings, hotels or shopping malls, commercial real-estate brokers say.

A version of this article appeared June 26, 2013, on page C1 in the U.S. edition of The Wall Street Journal, with the headline: Asian Buyers Dig Into U.S. Property.