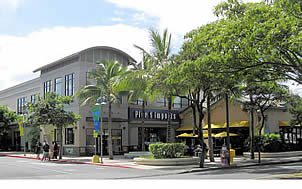 After more than a century of ownership by the Castle Family, Kailua's 38-acre town center could be up for sale, along with other commercial properties in Kaneohe and Honolulu.

The sale of those properties could reportedly bring in as much as $1 billion for the Castle Foundation.

Over the last decade, Kaneohe Ranch, which manages the land, has spent millions of dollars on improvements in Kailua, which has attracted new tenants such as Whole Foods and Pier 1. It has also sold property for a new Target store.

A real estate expert said it would be attractive to a possible buyer. "Kaneohe ranch has done a fabulous development of the property," said Stephany Sofos. "They took property that was down and not in good shape and they made it the highest and best use. Now by selling it, the beneficiaries of Kaneohe Ranch will reap the benefits of this."

Kaneohe Ranch president and CEO Mitch D'Olier would not confirm that the properties have been put up for sale. But in a printed statement, he said the company is considering alternatives.