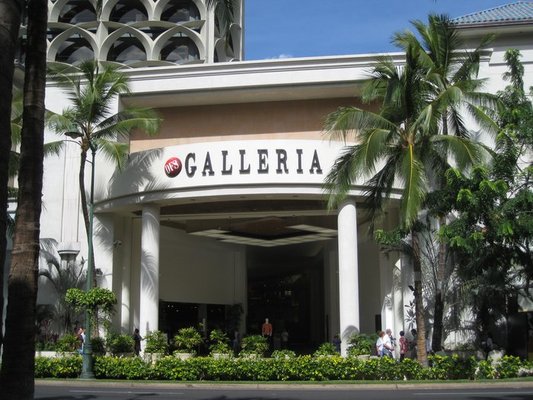 We've all heard it. China will be the next leading economy in the world. With stats such as their GDP growth rate of 223% increase in the last 7 years (according to Google public data as of 2011) and the country's growing influence in the world, we may be seeing just the tip of the iceberg. Hawaii, the State closest to China (approximately half the distance between China and the next State) has reaped handsomely from China's growth in the last couple of years and stores such as DFS Galleria have the numbers to prove it. "Chinese visitors spend more than double what DFS' primary Japanese customers do, said Sharon Weiner, DFS spokeswoman," Kristen Consillio of Star Advertiser reported. 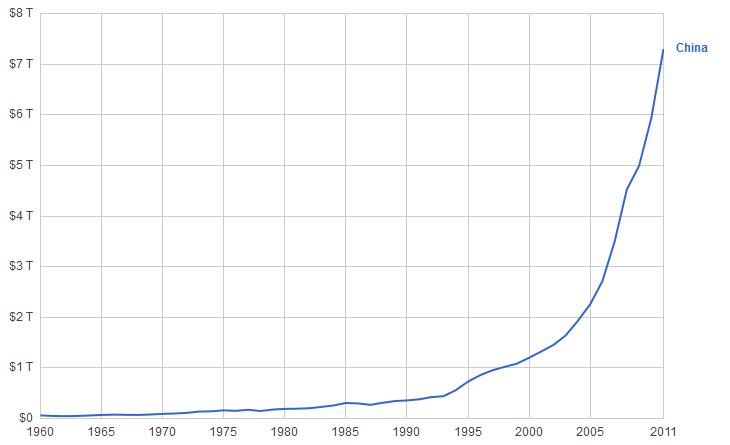 For more about the effects of Chinese tourists on DFS Galleria, please read:

DFS Hawaii celebrated its 50th year in business this week. The company has seen firsthand the evolution of Hawaii's visitor market and remained resilient amid severe downturns in the tourism market that it solely relies on to stay afloat.

DFS Hawaii, which started as Duty Free Shoppers, a small concession for travelers at Honolulu Airport in 1962, has managed to adapt to the state's changing mix of tourists, most recently refocusing its merchandise to meet the needs of the more affluent Chinese customers slowly gaining a presence in the islands.

"There was no Chinese market for a long time," said Robert Miller, co-founder of parent company DFS Group Ltd., based in Hong Kong. "The Chinese market is now a very important market. Our merchants have to be constantly aware of what the Chinese want."

Chinese visitors spend more than double what DFS' primary Japanese customers do, said Sharon Weiner, DFS spokeswoman. Typically, Chinese men are the consumers buying high-end watches, the priciest of which has sold for $142,300 at the DFS Galleria in Waikiki.

The company that once featured lower-priced souvenirs such as key chains, T-shirts and cellphone trinkets recently sold a one-of-a-kind crocodile Hermes bag with a diamond clasp for a jaw-dropping $191,200.

"We're seeing an increase in the numbers from China. … Their spending is very, very impressive and very important to us and to the state," Weiner said. "People who leave China right now tend to be more affluent. One thing the Chinese like is that we can guarantee authenticity, and in China there are a lot of knock-offs. Hawaii is iconic to the Chinese. It's a very big deal for them to come here."

Over the past two years, the only duty-free retailer in Hawaii has invested roughly $55 million in improvements to the DFS Galleria and airports in Honolulu and Kahului.

The business, which has 770 employees, some of whom speak Chinese, Korean and Japanese, is required to pay concession fees that amount to 22 percent of duty-free sales by international travelers. To date, DFS has paid more than $3 billion in concession fees to the state.

"We've fluctuated very much with the Japanese economy," Miller said. "If tourists don't have disposable money to spend, it has an immediate impact on our business."

DFS Hawaii got its start when Miller, on his way to Hong Kong in 1960, visited a college friend who ran a flower and greeters concession at the then-World War II vintage airport in Honolulu. Two years later Miller received a telegram in Hong Kong from his friend in Honolulu announcing that the bid details for a new duty-free concession had been released. Miller subsequently sent him a $50 check to mail the bid documents, which he said was his best $50 investment ever.

Upon winning the bid, he paid the state an average of about $30,000 a year for the duty-free concession, which now commands $32.3 million a year.

With the changing dynamics of the global market, Miller is confident the Chinese will make up a larger share of DFS' customer base in the upcoming years.

"Hawaii is hugely popular. Hawaii by itself has a great future for tourism," said Miller. "They need a lot of coordination between the airlines and the government. We see it growing now even with all the difficulties of getting visas. The masses haven't started yet. The milk hasn't arrived yet."