The continuing upturn from the recession statewide and specifically, Waikiki has had a significantly positive impact on Waikiki hotel room occupancy and more importantly, investment into the Waikiki hotels and resorts market as a whole. This momentum will quite possibly give weight to Goldman Sachs Group's decision on debt extension to the Marriott Waikiki Beach Resort & Spa in Waikiki when the hotel's debt becomes due on May 9th. Kris Hudson and Eliot Brown of Wall Street Journal discuss further: 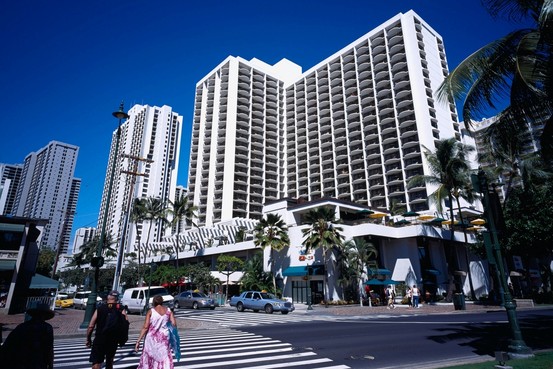 By KRIS HUDSON And ELIOT BROWN

Goldman Sachs Group Inc., GS -1.50% which purchased the massive Marriott Waikiki Beach Resort & Spa in Honolulu in 2005, is in talks to extend or modify the hotel's debt, which is probably more than the property is worth, according to people familiar with the matter.

No matter how the talks end up, though, Goldman's Whitehall Real Estate Funds won't suffer a loss. That is because it essentially cashed out in 2007 when it put a $375 million mortgage on the 1,310-room hotel.

Goldman wants to extend or modify the debt on the Marriott Waikiki Beach Resort & Spa in Honolulu.

The hotel's debt comes due May 9, and there are no remaining options included in the loans for extensions of the due date without consent from various parties, according to Fitch Ratings. A Goldman representative declined to comment.

The hotel's mortgages are divided into multiple classes, with a $194.4 million securitized mortgage senior to all other claims. Junior to that is a series of loans held separately by creditors such as Square Mile Capital Management LLC, Capital Trust Inc. CT +2.59% and BlackRock Inc., BLK -2.76% among others. The most junior loan is a $25 million mezzanine piece managed by principals of Realty Finance Corp.

The Marriott Waikiki spans two towers, one built in 1971 and the other in 1979. The property includes a spa, 50,000 square feet of meeting space, two pools, 20 shops and a scuba-diving center.

Goldman purchased the hotel from the former CNL Hotels & Resorts Inc. in 2005 for $279 million and then spent more than $80 million renovating it.

The hotel was appraised at $480 million when Goldman refinanced at the height of the real-estate boom in 2007. Now the hotel might not be worth half that. Morningstar Credit Ratings LLC calculates the hotel's value at $186.4 million, based on the hotel's 2011 net cash flow of $17.7 million.

Fortunately for Goldman, Honolulu's Waikiki resort district has bounced back strongly from the recession and the March 2011 Japanese tsunami. The average occupancy for Waikiki hotels was a heady 88.5% in the first two months of this year, up nearly 15 percentage points from the same period in 2009, according to Smith Travel Research. In the same span, average nightly revenue per room increased by 34.1% to $156.10.

"When there's a market downturn, Waikiki falls the least [of Hawaiian hotel markets]," said Joseph Toy, chief executive of Hospitality Advisors LLC, a Honolulu-based hotel-consulting firm. "And when there's an upturn, it recovers the fastest. There are a limited number of hotel rooms in Waikiki, so it recovers easily."